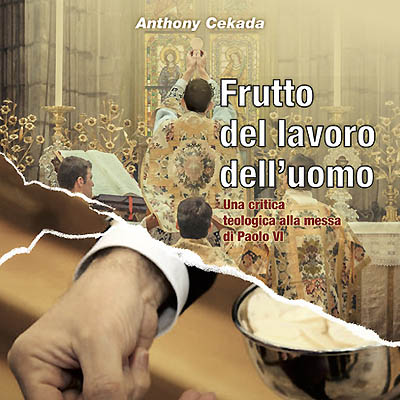 We usually do not publish literary reviews, especially current authors. Typically, contemporary books are worth less than their weight or of their use as fire starters. Yet, sometimes, the Divine Providence provides the exception that confirms the rule, which is the case of the latest work – if not masterpiece – published by Centro Librario Sodalitium, in Verrua Savoia, entitled «Frutto del lavoro dell’uomo» (Work of Human Hands).

The author, Father Anthony Cekada, started writing this book on November 29, 1964, it was the First Advent Sunday that year, and completed it forty-five years later, precisely on the First Advent Sunday of 2009. Such a long-lasting text surely has the merit of covering something that was initially only supposed, then studied and suffered, subsequently rejected, and finally fully understood in its innermost wickedness. Obviously, we are talking about Paul VI’s alleged reform, which undermined and keeps striking the Holy Mass and the Holy Orders.

In 1964 already, Father Cekada sincerely admits to having noticed that this «New Liturgy», in embryonal stage at that time – today we would say test version – «seemed odd and somewhat disrespectful». He concludes: «I did not like it». [It introduced] Changes that «left [him] uncomfortable» and that «since that first fatal day shattered everything in the liturgy and the Church».

Starting from 1965, during the twelve years that Cekada spends in the seminary, he can «observe, from within, the destruction of the Mass and the attacks against the Catholic faith which followed the trail of the Vatican II». Hence, he decides to start fighting the good fight, in his way and, at that time, without full awareness. A praiseworthy choice that, evidently arranged by the Divine Providence, allowed him that gradual maturation and profound erudition that, today, make of him a wise man and a pastor, especially – but not only – in the transmission of liturgical knowledge.

As a young seminarist, Cekada focuses on studying the sacred music of the organ and the Gregorian chant, on reading specialized magazines and on attending conferences organized by the so-called “traditionalists”, the initial “resistance”. He looked for a position as organist “in the parishes where the clergy was more conservative”, however, “when Paul VI’s Mass was enforced in 1969”, he also is forced to “learn the new rules that came with it”, although choosing the “most ‘traditionalist’ options allowed by the new rite”.

Cekada says that, for the first ten years, he “believed (or maybe hoped)” “that the causes of the devastation I witnessed must have been found not in what the pope and the council actually prescribed and taught, but rather in the violations to the law and in the erroneous interpretations of the council’s teachings, which were being promoted everywhere by ‘liberals’ ”. “Had the priests just followed the prescriptions of the new liturgy, rigorously sticking to the teachings of the Vatican II - observes the Author in the early 70s – the Mass would have been reverent and the faith would have been protected”.

Therefore, for him, at that time, the problem was not the reformation itself: “the neo-modernists were”. However, in 1975, finally, “this belief changed”. 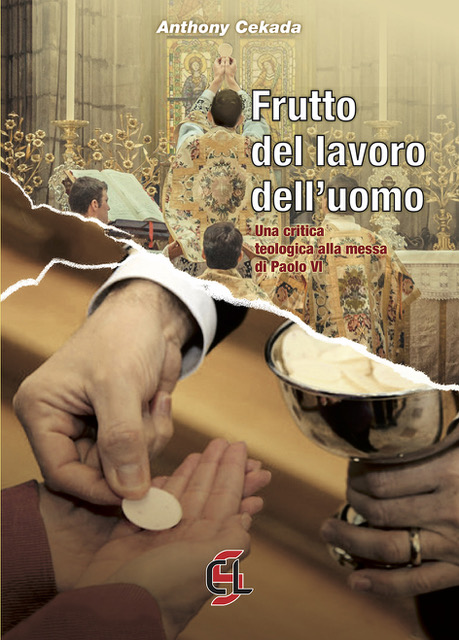 In the meantime, Chekada becomes a monk and moves to “the most liturgically conservative” monastery “of the world”, where everything is in Latin and performed scrupulously, where the chant is Gregorian, and the sacred vestments are traditional and beautiful to look at: it is an ancient abbey in Switzerland. After an initial glimmer of awareness, and almost convinced to have taken the right direction, “right here, amid all the Latin, of the Gregorian chant, and the perfection of the books, the disillusionment occurred. To my great astonishment  – says Cekada – the same modernist theology that was common in the American seminaries was being taught to the young monks and, them themselves, in the Convent’s Mass, were receiving the communion in their hands”.

Thus he meets Mons. Lefebvre, who, due to his positions (at least in words) against some of Paul VI’s reformations, was acquiring notoriety and exposure in Switzerland right in that period. At that time, the controversy was noteworthy, and everywhere, especially in the “Church environments”, no one does nothing but talk about the rebellion of Lefebvre against Paul VI. Cekada says: “The abbot, who was highly regarded as a conservative scholar of the liturgy in the Order, condemned the Archbishop (Lefebvre) because of his ‘disobedience’ toward the New Mass and the Council. Instead, he proposed as a model of authentic obedience the imaginary character representing the abbot in Brian Moore’s novel ‘Catholics’ whom, by obeying to his superiors, renounces to believe in the transubstantiation and solicits his monks to do the same”. 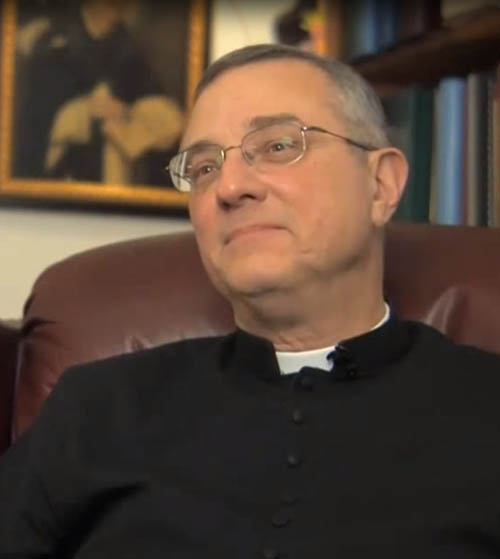 He continues: “That evening, during the break, I had a heated argument with the abbot (the real one) about his statement. […] that the Superior of the most liturgically conservative monastery in the world, where everything was in Latin and which ceremonies were textbook, could have said something like that; furthermore, it seemed to me as a proof of accusation against the New Mass. It was at this point that – explains the Author – I began to think that the real problem was the liturgical reformation itself, and not simply its interpretation or application”.

The peregrination is starting. It will be characterized by Anthony Cekada’s migration to Ecòne (FSSPX), in Switzerland (he was ordained Priest by Mons. Lefebvre himself in 1977), finally landing at the Most Holy Trinity Seminary, located in Michigan at that time, where he taught liturgy and canon law.

Subsequently, John Paul II releases a permission (Indulto): “It is allowed to celebrate according to the Vetus Ordo [the old liturgy], but only after strict authorization and as long as the celebrant does not raise exceptions on the doctrinal problems that are at the base of the Novus Ordo [the new liturgy]”. It is all right, “it is only a matter of feeling, preference, beauty, sentiment”. So it was for many years and in a cowardly secret, except, of course, for the Catholic Father Cekada!

The year 2005 is the time when Benedict XVI releases the very cunning Summorum Pontificum (an authorization – sic! – to celebrate according to the 1962 Missal). It was a measure that “did NOT achieve the result of having Catholics mass-rush to the ancient Mass – the ‘vaticanist’ [Vatican expert] John Alien explains that the typical group of people [attending the old Mass] is small, what in Italian would be defined as “quattro gatti” [four cats]”.

Anyway, the only merit of the Motu Proprio is that of having “allowed numerous people to observe the remarkable differences between the old and the new rite with their own eyes and, maybe, to wonder about the reasons behind”. Unfortunately, many were “satisfied” of this “allowance” to participate in the “extraordinary form” (sic!) of the mass, and stopped there.

Numerous brochures and books about the “new mass” have been published in the last fifty years, but they are works focused “[on] the liturgical abuses, [on] the protestant character of the new rite, [on] the invalidity of the new consecration formula for the chalice, and [on] the most obvious defects of the Ordinary of the Mass”. From Father Cekada’s point of view, none of those short works “adequately covered the many errors and dangers contained in the new rite”.

Finally, after numerous small publications about topics written and diffused by the same author, let us get to the excellent “Work of Human Hands: A Theological Critique of the Mass of Paul VI”, initially published in English and then translated in Italian thanks to the meticulous work of the Mater Boni Consilii Institute.

It consists of 417 pages and a moderate price of just 19.50 euros; 14 chapters with an appendix, hundreds of paragraphs, a rich bibliography, and a convenient index of names. It can be purchased here.

At the time of the alleged promulgation of the “Novus Ordo”, Archbishop Antonelli – signatory of the Promulgation Decree – declared: “In the liturgy, every word, every gesture translates a theological idea”. Father Cekada, in his book – which is doctrinal, moral, liturgical, chronicles, etc. – demonstrates what theological idea is expressed by the “new mass”.

If it is true that only fools talk about topics that they do not know, although so serious and complex, I wish a good reading to all the willing. After all, 19.50 euros are not even enough anymore to go to a restaurant to eat a pizza with friends, while speaking of nothingness: “what things the enemy hath done wickedly in the sanctuary” (Psalm 73,3). 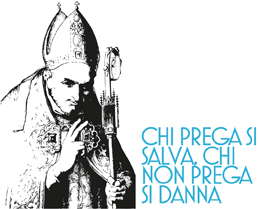